Halloween on the rural island of Chiloé is a little different than what I usually experience in the United States. While kids still are all over the place, wearing costumes and glucose-induced grins, what is inside their goodie bags is distinct. The candy bars of Chile are not too far off from what is offered back home, but there are marked differences. Confronted with all of these novel sweet treats, a couple friends and I bought a load of classic Chilean candy bars and brought them to our hostel room. The goal of the night was to give a detailed survey of Chilean candies in order to determine which are the best. Here is our opinion.

Fair Warning: This is certainly not a comprehensive list of Chilean candy bars. In fact, you’ll see that I left one of the most iconic candy bars of Chile out of the list, for reasons you’ll realize as you continue reading 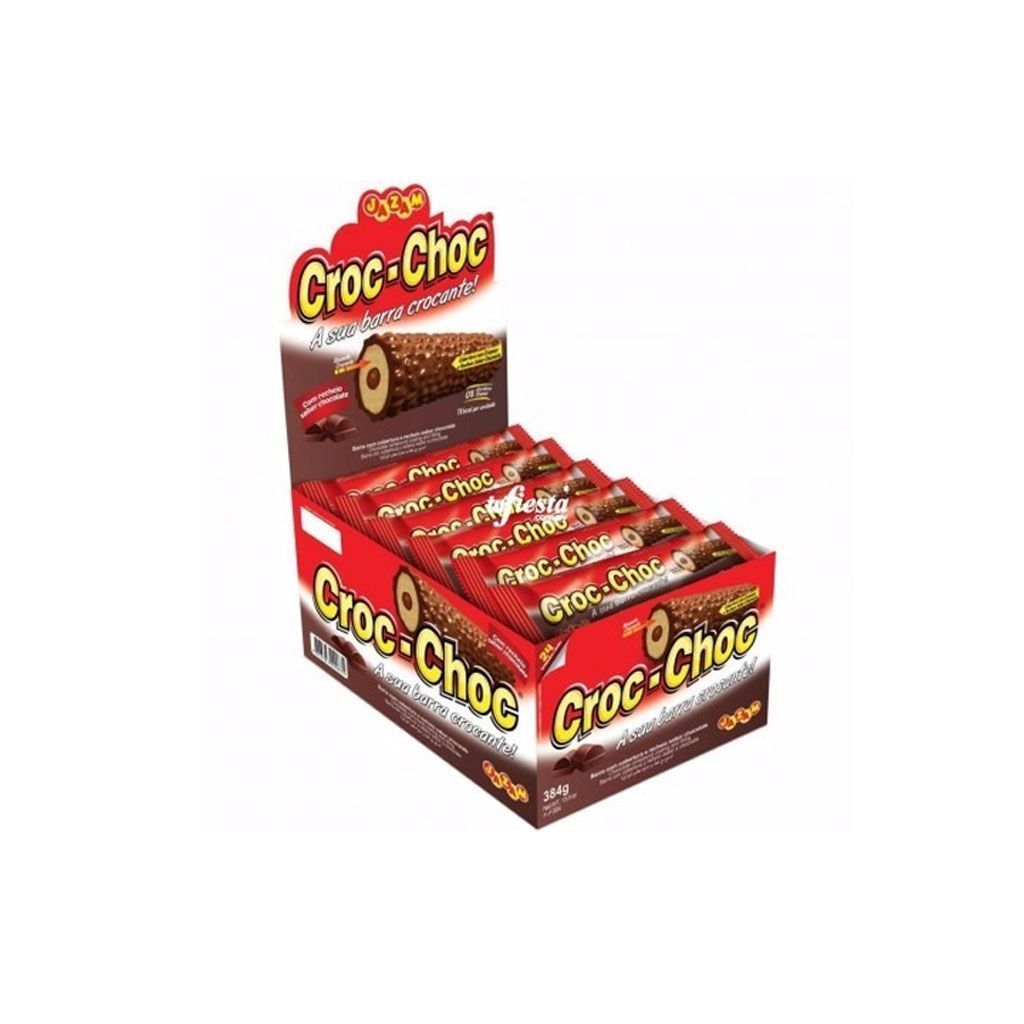 This starch rod finds itself in a competitive pack of wafer-like candy bars in Chile. Unfortunately, this is probably one of the worst in its field. It lacks crispiness, and leaves a flavor in your mouth that is papery and numbing. You’d think that you couldn’t go wrong for a bar that costs less than $0.30, somehow Croc Choc is still not worth it. 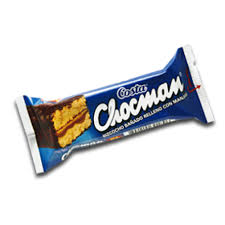 A yes, the Chocman. It’s a convenience store staple, but not the most tempting nor the most popular I’d say. Yet, there exists potential appeal. Is that cake soft or chewy? How slappable is that sweet manjar filling? The Grease-esque font and basic package design attracts as much as it confuses. Is this bar outdated and blasé, or secretly hip and in-the-know? Could this be the La Croix of Chilean candies?

In short, it isn’t. The sponginess of the bar isn’t terrible, but it leaves you wishing for more. The meager chocolate coating is weak and has more of a Tootsie roll taste more than anything (does anyone even like Tootsie rolls, by the way?). As for that sponge cake and filling? It is like a ghost in your mouth. It moves mysteriously through your palate, but then escapes your conscious before you have time to realize what it even was.

I have never seen this bar before in Chile, but damn was I intrigued. It is of the chilean wafer-stick variety, but with white chocolate?! I have always had a mixed relationship with white chocolate, but in wafer form I had high hopes. That, plus the bold package design, made me really excited to try this pupper.

The hype coming into this bar did not help it out that much. It wasn’t all that bad though. It is a light-flavored bite, which is exactly the goal of these kinds of wafer candies. But, the problem is that the white chocolate does not serve the wafer well. I’d definitely try this one again, and perhaps it would be even better with my newly-lowered expectations.

If Golazo were a person, it’d probably have a faux hawk. It’d probably be the person that still listens to Fall Out Boy (but only alone), and laments about the “good old days” of being co-captain for the club soccer team. It is similar to other stick-like Chilean candy bars, and similar to Chocman in that it is omnipresent and yet not the most popular.

Anyway, despite being one of the bolder choices, it is not too hot. The raison-de-entre for this bar—the gooey chocolate core—falls flat. The rest isn’t too bad though. Much like the "peaked in high school" personification of the Golazo, this bar probably needs to work on its core a little more.

Much like the name implies, this bar is a heavy hitter. Even though it is part of the crowded wafer-stick candies of Chile, it stands out as being the meatiest of them all. First off, this sucker is a long boy. Reaching end-to-end feels less like a jaunt and more like a jaw-straining marathon. There are a lot of different textural elements happening in every bite. There’s the crispy balls, the crispy wafers, and some serious inter-layer caramelly matter. Through a little internet research, I was able to find other opinions of Golpe. A review from Lisa’s Big Fat Blog said that “God is good to bless us with little things [i.e. Golpe] that make the tough ones seem not-so-bad.” I’m not sure why God is trying to be such a show-off though. 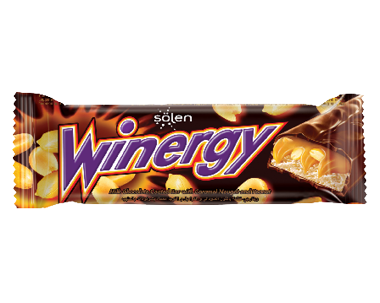 This bar makes it this high on the list solely because of its legendary name. I didn’t even like the taste of this bar that much. The nougat interior is a little too heavy and lacks the saltiness of a Snickers. But honestly, who cares when you know that by purchasing this bar you are making a winning choice?

Negrita is the cool-grandma of Chilean candies. It has been around for ages, but is soothingly consistent and much-loved. I like the clean packaging. It's got a vintage aura that looks as good as a vinyl record sounds. As for the taste, it isn’t too bad. The defining factor of this creme-filled sandwich cookie is the chocolate coating. Unlike the Chocman (what a nice, soft punching bag the good ol’ Chocman has been in this article), this coating is rich, and practically dark-chocolatey.

There is reason to believe why this candy has lasted so long in the game here in Chile. It is simple and effective, and is a nice break from the wafer-obsessed spread of candy bars that normally dominate the Chilean candy section. The silver medal for my list came as a surprise to me. Upon first laying my eyes on this squat little bar, it looked like the epitome of mediocre. But, the secret that it is anything but that. In many ways, Hobby is the Scrappy-Do of Chilean candy bars. It is little, but man is this thing thicc and fierce. Each hefty bite blasts you with a hearty amount of caramel and nougat that seems to be denser than a neutron star. But much like Scrappy-Doo, it is woefully underestimated. If this article can do anything to sway the state of the Chilean candy scene, I’d hope it would be to spread the Good Word about Hobby. 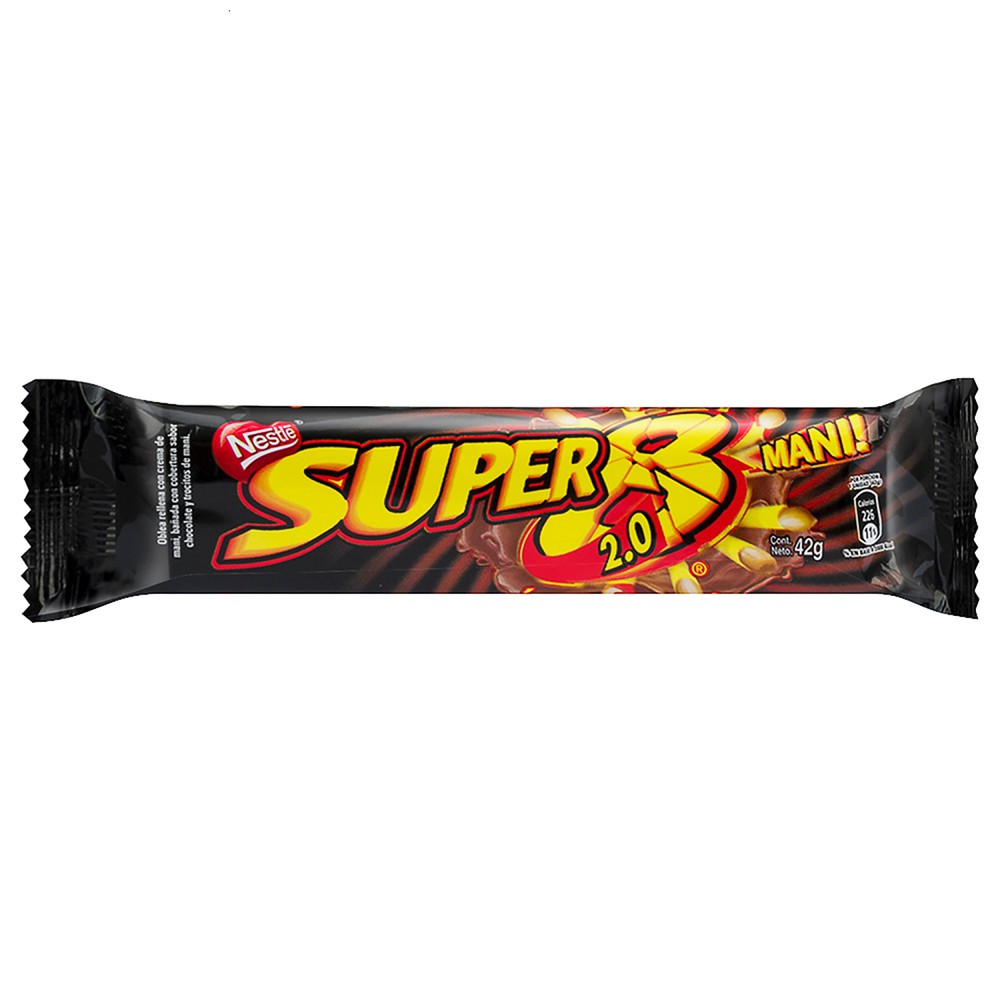 While all of the candy bars (maybe minus Croc-Choc) are decent at the very least, the Super8 2.0 exists on another plane of existence. The original bar, the Super8, is the king of all Chilean candy bars, no contest. The other bars on this list are not even worthy to be compared alongside it (which is why it is not on this list.) The Super8 2.0, while maybe not twice as good as the original, isn’t too far from perfect. It’s still a wafer bar like the original Super8, but a little wider, and sprinkled with peanut chunks on top. It feels more like a meal than a regular Super8, but it still isn’t gonna weigh you down. It’s got the chew-to-crunch ratio down so well, it is almost embarrassing. Whoever created the Super8 2.0 and all of its iterations deserves a Nobel Peace Prize. I didn’t think I would have ever said that about a candy bar, but here we are.

What the United States can learn from the current protests in Chile
By Isaac H.
For the past couple of weeks, my experience in Chile has drastically changed. Perhaps you already know why this is the case. Sparked from a raise in the price of... END_OF_DOCUMENT_TOKEN_TO_BE_REPLACED
STEM classes at Universidad Adolfo Ibáñez
By John F.
Hello all! I'm John Fernow, a senior Computer Science student studying in Valparaíso, Chile through CIEE's Liberal Arts program. Today, I'm going to talk about my classes at Universidad Adolfo... END_OF_DOCUMENT_TOKEN_TO_BE_REPLACED
Nescafé and Chile: Let's Talk About It
By Isaac H.
Let me start by saying that coffee is an essential element of my life. While I groan at the endless “But First, Coffee” bric-a-brac that constitutes current U.S. coffee pop... END_OF_DOCUMENT_TOKEN_TO_BE_REPLACED